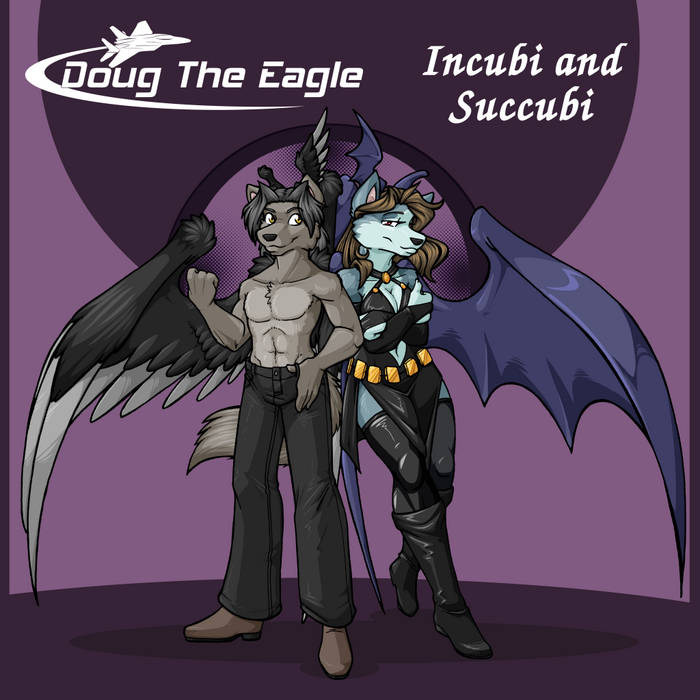 I never really had plans for this album, in fact I had about given up hope and began recording an album of remixes and rerecordings from my first four albums. But then, the webcomic which I have been following for lo these many years, and which has been often been an unlikely source of inspiration, suddenly took a turn for the dramatic causing my muse to go into overdrive. This album is the result, and for this reason many of the tracks are written around the brutal and oppressive aspects of the DMFA universe which the readership has suddenly had a window into.

Musically, it is an interesting experiment in that I suddenly broke down and bought an electric bass about 4 months prior to the deadline for the album. Perhaps this haste was a mistake, but I think that it does lend some honesty to an album almost entirely produced using sequencer software.

All tracks recorded on 1" 24-track tape.

Recorded using the Old Ways at The Lab, Cwmbran 2012-2013. Mixed 14-16 Feb. 2013. Mastering by Alex Balzama at Swift Solutions, London, March 2013. Greetings go out to Keaton, Ren, Wuff and Chaosmage for their help and support in making this album, and Amber Williams, whose writing spurred such an amazing frenzy of musical creativity.

This album should not be considered canon, though most of 'The New War' is drawn directly from her comic.

Apologies are due to Fred Grey and David Gemmell for parts of 'A Fae Story'. Thanks go out to the Rosegarden team, to all at RMGI, MRL and HomeRecording for keeping the analogue dream alive. Cover by Amber Williams; logo by Luke Turner.

A PDF booklet with full lyrics and liner notes is included in the download.

Track Name: The New War
There was a great war, for thousands of years - It took my species to the brink of destruction...

So he was happy living out his life
'til the dragons' men came calling
And they cut his head off with a knife
He's not the first, he's likely not the last
It reminds us all of the dreadful past
It's not some random murder, there's a point to what's been done,
And people say a New War has begun.

The last war was a bad time all around
Since the bulk of us were slaughtered
And the rest were driven underground
The dragons made potential allies doubt,
And adventurers came to flush us out
And I can see it's lunacy when all is said and done
But people say a New War has begun.

The dragons slaughtered woman, man and child
And they spread dark propaganda
Since they want the 'Cubi race reviled
I know we're not the nicest race as such
But a genocide seems a bit too much.
And just as things were thawing and we trade with everyone
It's looking like a New War has begun.

Are we all gonna die? And in my mind's eye...
I see the forces building up.
The chances of life ending happy are grim.
Who cares? Who dares?
But we're all in this together, whether we know it or not...

They say Destania has some crazy scheme
And the rumours are she's working on
Some kind of anti-dragon beam
If true, the dragon side may well be lost,
But is victory really worth that cost?

I pray it's just a rumour, not some savage race to run
But people say a New War has begun.
Track Name: Gathered Together by Spring
Instrumental
Track Name: A Fae Story
A Fae Story

Seduced by wolves, or eaten by witches
The Kingdom of Fail and the promise of riches
The sky will fall, the land will be broken
The wrath of the Fae is such a terrible token

The King said “This will never do,
We hate your kind, be off with you
We have no need for 'Cubi scum,
Our hero must be a mortal one!”

It took him just two days to find the Princess
But as they tried to leave,
The Fae Lord took him by the sleeve


“The King will try to have
The both of you killed.
If you can bide your time,
I'll make sure vengeance can be mine”

The son of two, of princesses and kings
Beneficent ruler
With a new pair of head-wings
I'll use my brain, my eyes and my ears
Rule wisely and justly
For thousands of years
Track Name: Born With Wings
You were born
Yes, you were born with wings
And no-one's on your side
And now you'll have to hide
From all the spears and slings,
'Cause you were born with wings


You are on
Yes, you are on the run
And if you stop you're dead
'Cause they'll cut off your head
No matter what you've done
And so you're on the run

So many of our kind will try to hide
Try to hide, just pretending that they're
just some normal guy
We cannot let our neighbours
See the incubus inside,
Yes, for safety's sake
We're force to live a lie

So many aeons past, our kind were cruel,
They were cruel, they'd deceive and kill
And oftentimes rampage
But wars have come, we paid our price
And know that we were fools
Still, so many people won't believe we've changed

"Don't get me wrong, I have no love for the little shifterthings. But this guy was harmless. Had a wife, two kids, no crime record. Bad times..."

There's a school
A school where you can go
They'll keep you safe from harm
They'll teach you what you are
And all you need to know
You only need to go
Track Name: The Age of Daryil
Blank page, a new chapter in the book
New age, foundations that my actions have shook
My win, the first in several thousand years
My win, by rights it should have ended in tears

This is the dawning of the Age of Daryil

New power, I'll do my best to use it for good
This hour, there's so much I have not understood
A new way, no matter where my Children roam
A new day, our race is going to find our way home

All of us are evil in our own distinctive ways
Some more so than others but the final total stays
If evil is a constant, then we need more folks alive
To spread it our more thinly (and appease our mating drive)

Blank page, a new chapter in the book
Blind rage, some other Leaders think I'm a crook
But take heart, ascending didn't harm a soul
A new start, the time has come to make my clan whole
Track Name: The Murder Game
Some will call it murder
Others say they're hunting
Some say they're protecting their own kind
But in our vicious world you'll find
You sometimes have to kill
Just to keep hold of your body, soul and mind

No matter what the others do
We always get the blame
But in the end, we're only pawns
Inside this Murder Game.
A circle of violence, a life paid for a life
We suffer in silence, an endless loop of strife

Some live to a hundred
Some live to a thousand
And others have no limit to their span
But even with elders, just a single lucky stroke
leaves you just as dead as any mortal man

No matter what the others do
We 'Cubi get the blame
But in the end, we're only pawns
Inside this Murder Game.

A circle of violence, a life paid for a life
We suffer in silence, an endless loop of strife

The Angel hunts on Tuesday
She'd like to make you her prey
A little bit here, and a little bit there
No-one will notice and no-one will care
Come one, come all,
Come old young and new
You'll have to play the Murder Game too.

Some will call it murder
Some will call it hunting
Some say they're protecting their own kind
But in our vicious world you'll find
You sometimes have to kill
Just to keep hold of your body, soul and mind

And pacifism doesn't work
They'll kill you just the same
I hope one day we'll find a way
To end this Murder Game.
A circle of violence, a life paid for a life
We suffer in silence, an endless loop of strife

Tasty gems from around the world, plus interviews with Kaitlyn Aurelia Smith and Nick Hakim.